Jason serves as University of Wisconsin System Interim Associate Vice President of Online Learning for UW Extended Campus. His primary responsibility is to develop and expand educational opportunities for adult and professionally-oriented students, the largest segment of the state and nation now seeking higher education. UW Extended Campus has built a national reputation for creating award-winning innovative and student-centric programs that partner with and leverage resources across all University of Wisconsin campuses.

In Jason’s 20+-year career with UW System, he has had the opportunity to work with and travel to each campus in the system. While with UW System Administration, Jason held 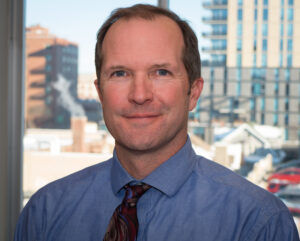 several leadership positions in human resources and led several important projects, including the establishment of the policies and procedures that resulted in implementation of the University Personnel System. Jason has also served as the Assistant Vice Chancellor of Human Resources for UW Colleges and UW-Extension. During his tenure in that role, he helped lead two major reorganizations. He was also the interim Vice Chancellor for Administration and finance for UW Colleges and UW-Extension.

Jason received his Bachelor of Arts and Juris Doctorate (JD) degree from UW-Madison.